The natural way to restore your healthy original hair colour.

Granny grey - this is a hip hair colour trend with teens and twens. But not so much with those 30 and over! They quickly panic when they catch sight of their first real grey hairs. Gone are the days when grey hair was seen as a sign of wisdom and life experience. Today, grey hair symbolises a lack of vitality and transient youth. An unmistakable sign that you are no longer a member of the young or young-at-heart generation.

Colour your hair? The La Biosthétique researchers have a better solution. Many people simply want to keep their beautiful natural hair colour and not be reminded of undesirable aging by every millimetre of regrowth.

1. Reactivates the hair's natural pigmentation from the roots without any artificial colour pigments whatsoever.
2. Consistently protects the hair from further pigment loss.
3. Revitalises the hair and restores its healthy strength and youthful radiance.

For a significantly visible reduction in grey hair when used regularly.

The hair is given and maintains its youthfully radiant natural hair colour.

The ingredients are 97 percent natural.

How to apply Elixir Anti-Grey

• Shake before daily use!
• Distribute the contents of 1-2 pipettes (at least 3 ml) after shampooing or, separate from shampooing, on to the scalp and lightly massage in.
• Leave-in product! Ideally, leave on overnight.
• Apply this every day for the first three months.
• Regular application ensures the success.

This is how Elixir Anti-Grey works 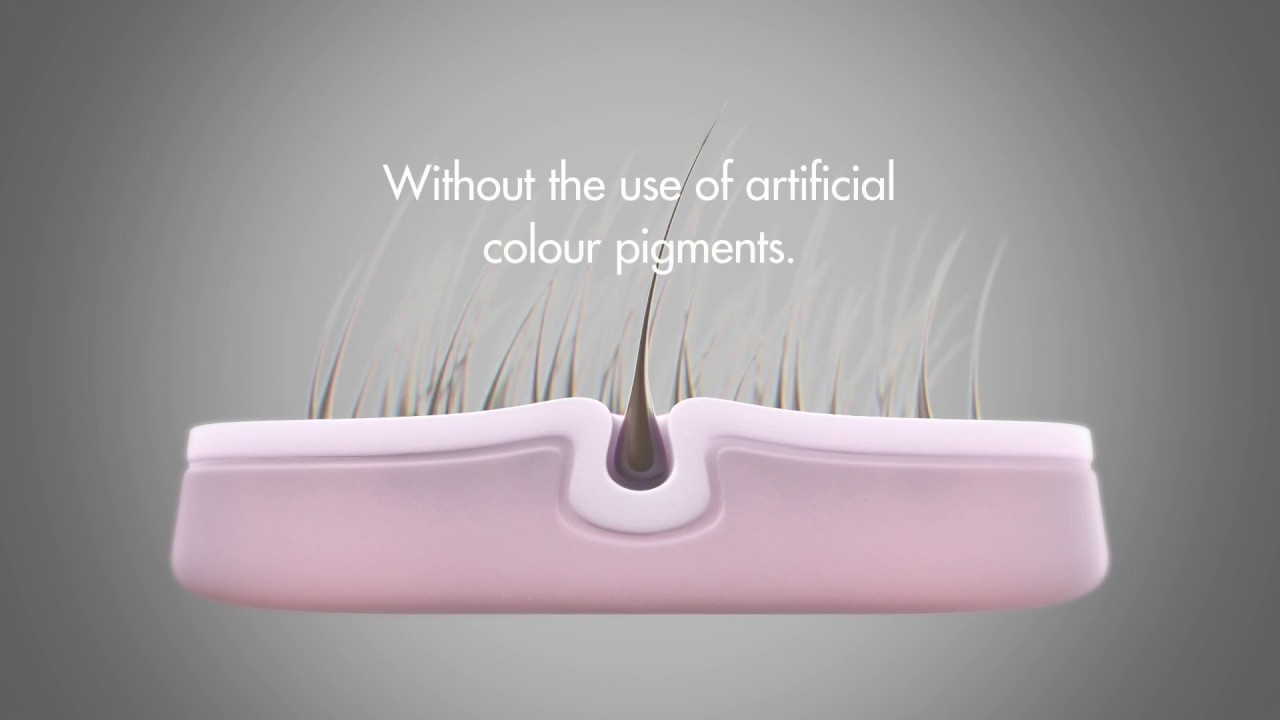 A clinically tested biomimetic peptide acts as a pigmentation booster.

A plant extract of candle bush combats aging processes in the hair papilla, prevents the formation of hydrogen peroxide and thus consistently protects against pigment loss.

A mineral energiser from the medicinal gemstone malachite supplies the hair papilla and thus the hair with vital trace elements.

"Researchers are increasingly understanding the processes that occur in our body as we age. This provides us with new ways to help people to maintain their natural beauty and youthful radiance. We regard Elixir Anti-Grey as an anti-aging innovation and a very good example for the practical application of long-standing research and development".

Dermosthétique Anti-Age Cheveux at a glance:

Grey hair - why does hair lose its colour?

Environmental pollution, stress, illnesses, hereditary predispositions and aging disturb the healthy processes in the melanocytes, the pigment-forming cells in the hair follicles. Consequently, the hair loses its colour pigment, melanin.

Grey hair - what happens in the hair follicle?

Grey hair - what happens in the hair?

Aging and cell damage due to oxidative stress not only result in a loss in colour pigment, but often also to limitations in other metabolic processes of the hair. This can result in a loss of hair mass, lipids and proteins. The hair not only loses its colour brilliance, elasticity and stability. In addition, it experiences a change in its physical properties.